OVERVIEW: Insulin is a hormone that promotes cells to intake sugar from the blood. People with type 2 diabetes no longer respond to insulin, meaning sugar has a hard time getting into cells and builds up in the blood. This study looked at the genetics of type 2 diabetes in 228,499 cases and 1,178.783 controls that included Europeans, African Americans, Hispanics, South Asians, and East Asians. The authors found 568 associations, 318 of which are novel. Using this information, they also discovered that a higher genetic risk of type 2 diabetes leads to a higher risk of chronic kidney disease, peripheral artery disease, and neuropathy, all of which can be caused by diabetes.

DID YOU KNOW? Nerve damage, called neuropathy, can be caused by high blood sugar. It’s important for diabetics to control their blood sugar to prevent damage to their nerves. [SOURCE] 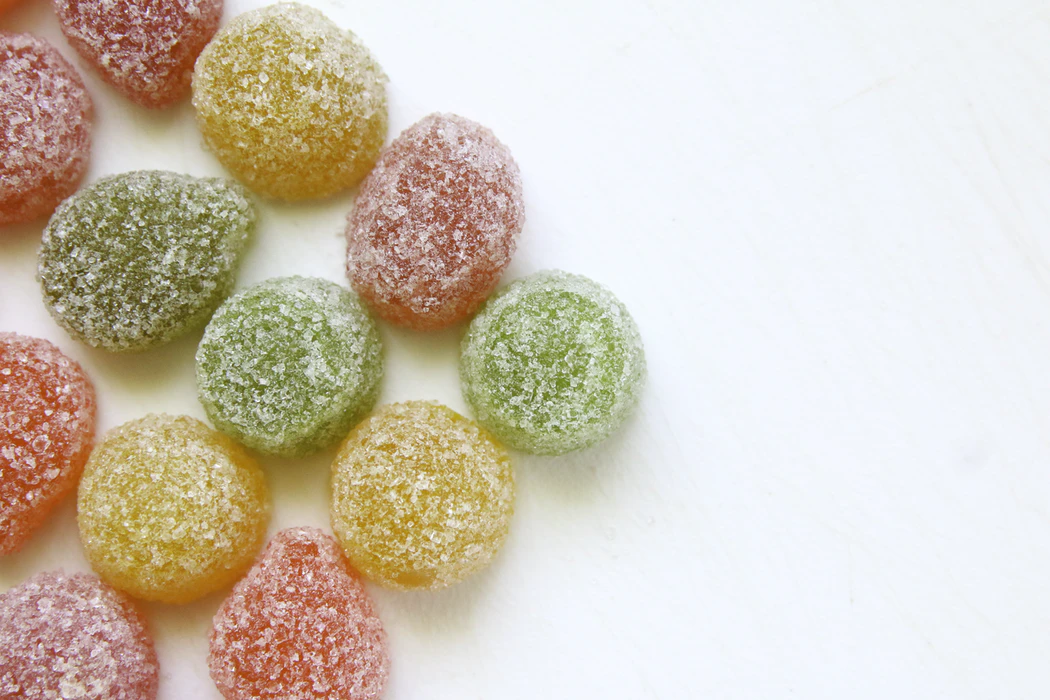 Introduction: Diabetes and its genetics

Diabetes mellitus is a chronic disease marked by increased blood sugar levels. It is a disorder of carbohydrate metabolism. Lack of insulin causes diabetes mellitus and leads to chronic hyperglycemia. The characteristics of this complex disorder include hyperglycemia, glucosuria, acidosis, and ketosis.

History of diabetes and its genetics

History of diabetes dates back to 250 BC when this term was coined by Apollonius of Memphis. The ancient Greeks and Persians have related diabetes with the sweet taste of urine. And this was due to the excessive excretion of sugars in the urine.

The idea of understanding the history of the genetic component of diabetes has always intrigued the scientists worldwide. In this context, it never goes without saying that studies from the 1970s have associated HLA genes with diabetes (type 1).

There are primarily three types of diabetes. They are Type1 Diabetes, Type 2 diabetes, Gestational Diabetes.

Physiology and genetics of diabetes

Insulin plays a crucial role in diabetes. It is a hormone made in the pancreas and promotes the absorption of glucose throughout the body.

Prior to diabetes, a pre-condition called prediabetes occurs. Prediabetes usually tends to precede Type 2 Diabetes and go unnoticed. During prediabetes, the blood glucose level goes up but does not cross the threshold of diabetes.

Mode of action of insulin

What happens during insulin shortage? 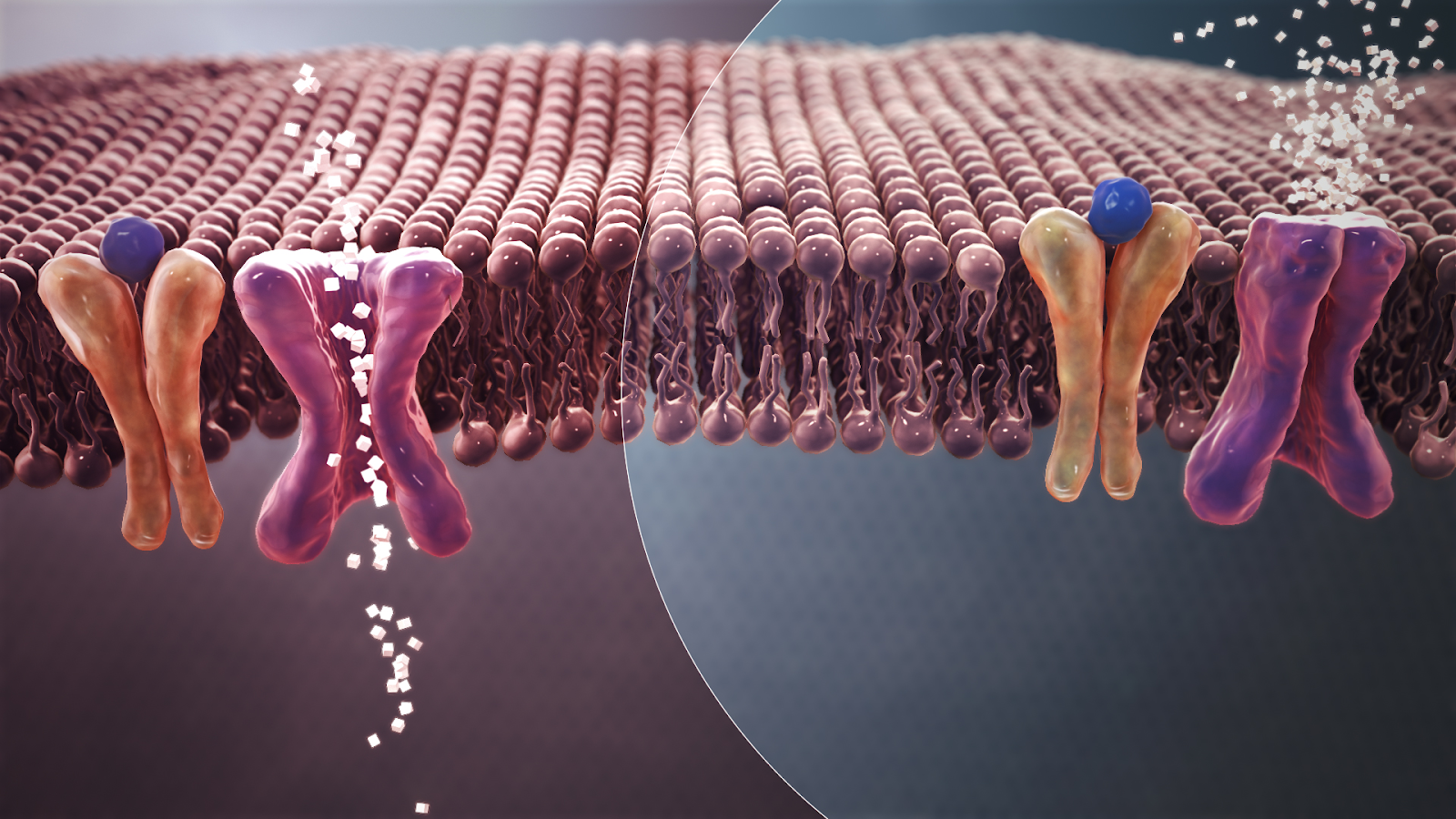 Epidemiology and prevalence of diabetes

A rough estimate in 2018 described 1.5 million new cases in the United States. Incidence rates of diabetes were higher in older adults than in young adults.

A combination of various risk factors determines a person’s chance of developing both type 1 and type 2 diabetes.

To date, more than 50 genes have been identified that tend to be associated with the development of type 1 diabetes. Most of the gene alterations described are polygenic. This means that several genetic alterations must be present for type 1 diabetes to develop.

In particular, genetic alterations of the short arm of chromosome 6, the so-called MHC region, could be held responsible for the development of diabetes mellitus type 1. The genes HLA-A and HLA-B of this region contain the genetic information for cell-surface proteins of the immune system.  This being said, the HLA genotype is essential in type 1 diabetes.

Genes outside the HLA complex probably play a much smaller role in the genesis of type 1 diabetes. These include the gene for insulin (INS) and the gene CTLA4, which is responsible for T-lymphocyte regulation.

The genetic risk of type 2 diabetes is not solely restricted to a single gene. In fact, multiple genes across the genome underline this type of diabetes. Some of these genes associated with type 2 diabetes are TCF7L2, PPARG, IRS1, KCNJ11, WFS1, HNF1A, HNF1B, CAPN10.

Much about the interactions among these genes remain unclear. However, one of the few studies (in a population of Ashkenazi Jews) on genetic interplay has demonstrated that the TCF7L2-HNF4A  and TCF7L2-WFS1 associations tend to increase the risk of type 2 diabetes.

Environmental factors (next to genetic factors of diabetes)

DNA viruses and RNA viruses have the potential to destroy the pancreatic cells thereby interfering with insulin metabolism. Studies in mice have proved that such auto-immune disruption causes type 1 diabetes. In another example, the Hepatitis C Virus that causes hepatic steatosis and insulin resistance may also lead to type 2 diabetes.

Food intake is directly related to the development of type 2 diabetes. High amounts of saturated fats in some foods increase the risk of diabetes. On the other hand, micronutrients such as vitamins, magnesium as well as antioxidants like β-carotene might help reduce the risk of diabetes. Lifestyle factors such as eating habits, insomnia, stress, lack of physical activity correlate positively with diabetes.

The gut microbial composition is linked with diabetes and this is often accounted for by dysbiosis. In dysbiosis, the relative abundances of certain groups of microbes in diabetic people differ from those of non-diabetic people.

As an example, in a study cohort, Firmicutes decreased in relative abundance while Bacteroidetes and Betaproteobacteria increased in abundances in diabetic people. The researchers conducted this study to assess the bacterial communities via pyrosequencing.

In another study via a metagenome-wide association study, researchers observed a moderate extent of gut dysbiosis. However, infection-causing bacteria were higher in number while some butyrate producers showed a marked decrease.

A number of symptoms are common to both type 1 diabetes and type 2 diabetes. They are frequent hunger pangs, severe fatigue, frequent urination, dry skin and blurred vision, and slow healing of wounds.

Type 1 Diabetes- The most obvious symptom of type 1 diabetes is weight loss. Besides, diabetic ketoacidosis is also an apparent symptom. In this condition, a build-up of ketones occurs thereby causing nausea and vomiting. This type of diabetes mainly occurs in adolescence.

Type 2 Diabetes- Yeast infection generally accompanies this type of diabetes. Usually, adults of over 40 years of age are at risk of developing type 2 diabetes. 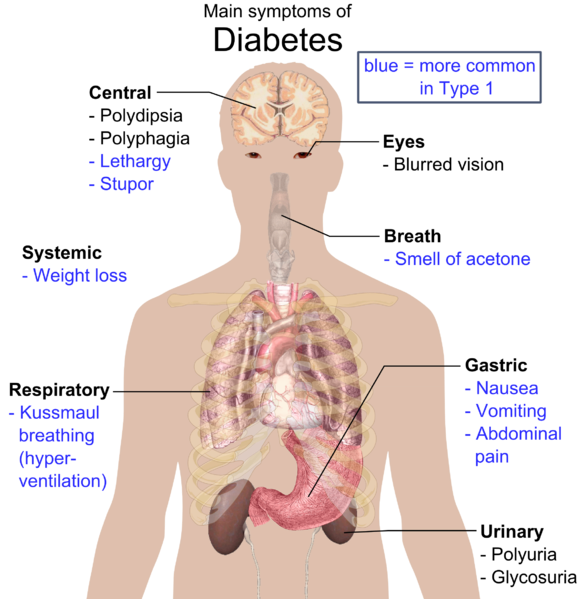 Diabetes plays a strong role in further developing a series of other health complications.

Three specific diseases are common in diabetic patients. They are as follows:

In diabetes genetic factors, blood sugar, blood pressure determine the onset of kidney disease. In cases when this condition occurs, fluid build-up in the kidney is followed by poor appetite, upset stomach and severe weakness.

At present genetic testing for diabetes is not universally available to health-care providers.

The doctor makes the diagnosis mainly on the basis of the blood sugar level.

The A1C assay measures an average of the blood glucose level over the past three months. It is also known as glycohaemoglobin test. That is because it relies on the binding of the glucose to hemoglobin. A higher concentration of blood glucose indicates a higher binding pattern. And such results are usually provided in the form of percentages.

In this test, the doctor measures the blood glucose levels after 8 hours of fasting. This is one of the most preferred tests in diabetes diagnosis. 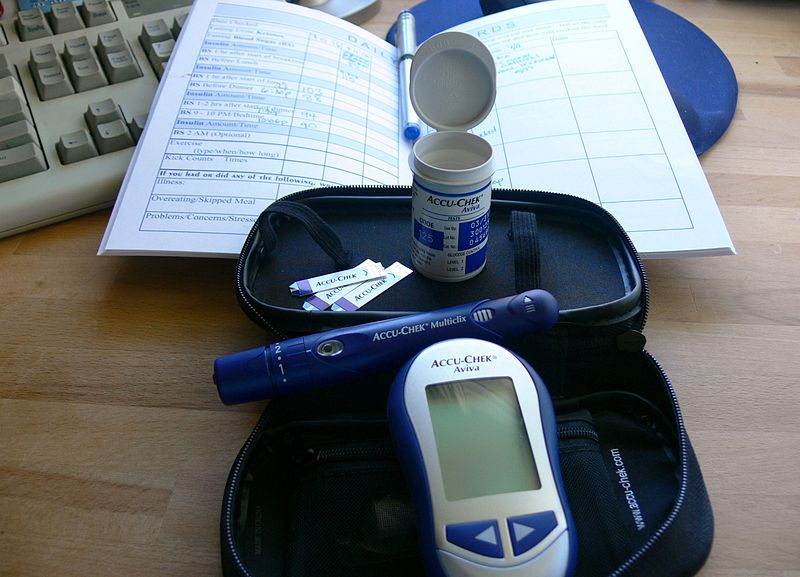 Diabetic patients should pay attention to their blood sugar levels. Besides, treatments from a team of endocrinologists, ophthalmologists, nutritionists, etc. are important to treat this condition.

The prescribed drugs act via a number of mechanisms. For example, some drugs increase insulin production while others decrease intestinal glucose absorption. Besides, there are few other drugs that often improve the way in which the body uses insulin and improves insulin resistance. A number of drugs also inhibit glucose reabsorption into the kidney.

In addition to the balanced diet, timing, and quantity of the food intake matters in order to allocate proper insulin dose. Other than these points, exercise is crucial for diabetic patients. It also provides relief from stress. Plus, the doctors often prescribe a glucose meter for measuring the blood glucose level.

Are you interested in delving deeper into the genetics of diabetes? Then do visit the website of Genetics Home Reference.

Garrett Dunlap earned a B.S. in Biology from Case Western Reserve University with a minor in Political Science. He earned an M.S. and is currently a Ph.D. Candidate in the Biological and Biomedical Sciences (BBS) Ph.D. program at Harvard University. He has experience in science policy as an intern at the Science and Innovation Network where he assisted in the science diplomacy functions of the British Consulate-General and as a research associate at TScan Therapeutics. He is also interested in science communication and writing. You can read more about Garrett's experience and publications on LinkedIn and ORCID.